Showing posts from September, 2019
Show all

Title: Unexpected Fall Series: Unexpected Arrivals #3 Author: Kaylee Ryan Genre: New Adult Romance Cover Design: Perfect Pear Creative Covers Photo: Eric Battershell Model: Corey Mortenson Release Date: October 10, 2019 Blurb Life is full of ups and downs. Events that shape who you are, even those that are filled with heartbreak and tragedy. What do you do when actions bring devastation? How do you pick up the pieces and keep moving forward? One breath. One second. One minute. One hour. One day at a time, you learn to live with your unexpected fall. ADD TO GOODREADS Pre-order Links Only available at the following retailers until October 9 B&N / KOBO / APPLE BOOKS Also Available 99c for a limited time! AMAZON US / UK / CA / AU Free in Kindle Unlimited Available in audio on October 10 AMAZON / AUDIBLE AMAZON US / UK / CA / AU Free in Kindle Unlimited
Post a Comment
Read more

♦ ♦ ♦        Her love could set me free from the shadows...  Seeing CoCo Becket for the first time, made my heart start beating again. It changed everything. Before her I had no purpose, no reason to live. She was the most beautiful woman I had ever met, I couldn't help but fantasize about kissing her plump lips or having those sky blue eyes staring back at mine, seeing beyond what I truly was.  Broken and ashamed. My desire for her ran deep, deeper than I expected it too. She was a Goddess and I was simply caught up in her glow, I couldn't say no. Not to her kindness, and not to my need to be near her. CoCo was the good in life where I was the bad. She became the sun to my never ending darkness. When a mysterious situation brings us together,  I discover that I'll do anything to keep her safe. Even if it means risking my own life, to save hers. Because before her,  love was just a word I'd heard in passing…and now I'll destroy an
Post a Comment
Read more

FOREVER MY SAINT BY MONICA JAMES 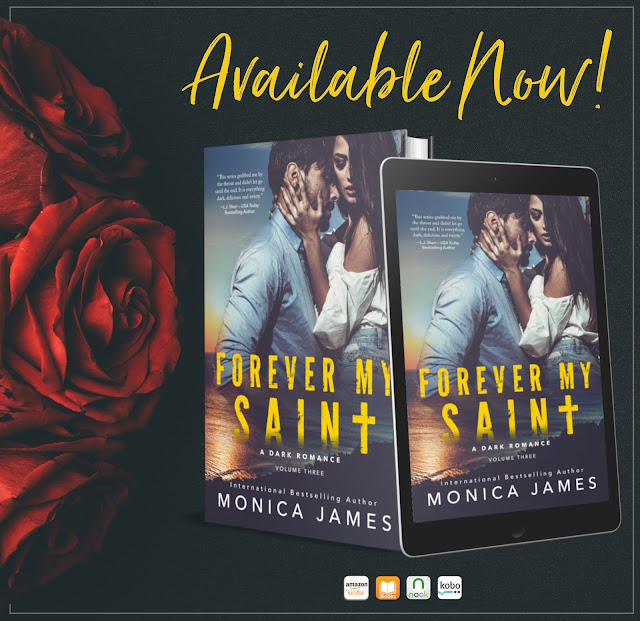 FOREVER MY SAINT Volume Three  Monica James  All hope was lost until Zoey Hennessy walked back into my world, shaking it up beyond repair when she uttered two simple words. He’s alive. She speaks of her brother, my Saint, the man who lost everything to set me free. I believed he was dead. I saw it with my own two eyes. But when Zoey proves he’s alive and being held captive by a monster, I know what I have to do. It’s time I saved him. The plan is dangerous, and there are no guarantees I will survive. But if this nightmare has taught me one thing, it’s that I don’t cower in fear. I am a woman hell-bent on getting back the man she loves, and nothing, no one will stand in my way. However, what I uncover can only be described as hell on earth. The darkness has finally won, and Saint is lost to me forever. Or so I thought. Aleksei Popov is anything but a hero, yet in this story—he’s mine. Everything I believed in is about to be turned upside down, and with free
Post a Comment
Read more 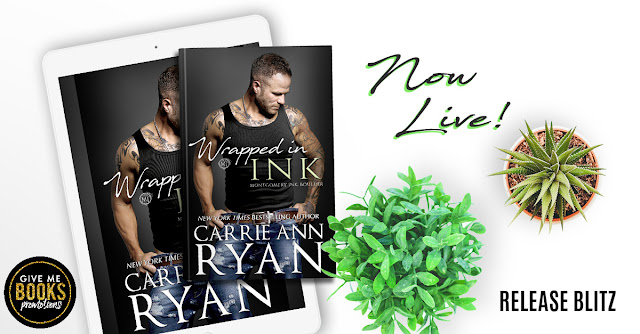 Title: Wrapped in Ink Series: Montgomery Ink: Boulder #1 Author: Carrie Ann Ryan Genre: Contemporary Romance Release Date: September 10, 2019 Blurb The Montgomery Ink saga continues with a new series set in Boulder, where a family secret might just change everything. One mistake at a friend’s wedding rocks Liam Montgomery’s entire world, and everything he thought was true turns out to be a lie. When an accident lands him in the ER, Liam meets someone that might just be the person he can hold onto when he thinks there’s no one else for him. Arden Brady has spent her life in and out of hospitals. But according to the world, she doesn’t look sick. She’s lost jobs and friends because they don’t see beneath the surface, but she’s learned to rely on her family and herself to keep going. And then she meets Liam. The Montgomerys pull together and want to help both Liam and Arden as they each navigate their way through their new relationship, but they wi
Post a Comment
Read more
More posts