The Score by S. Nelson 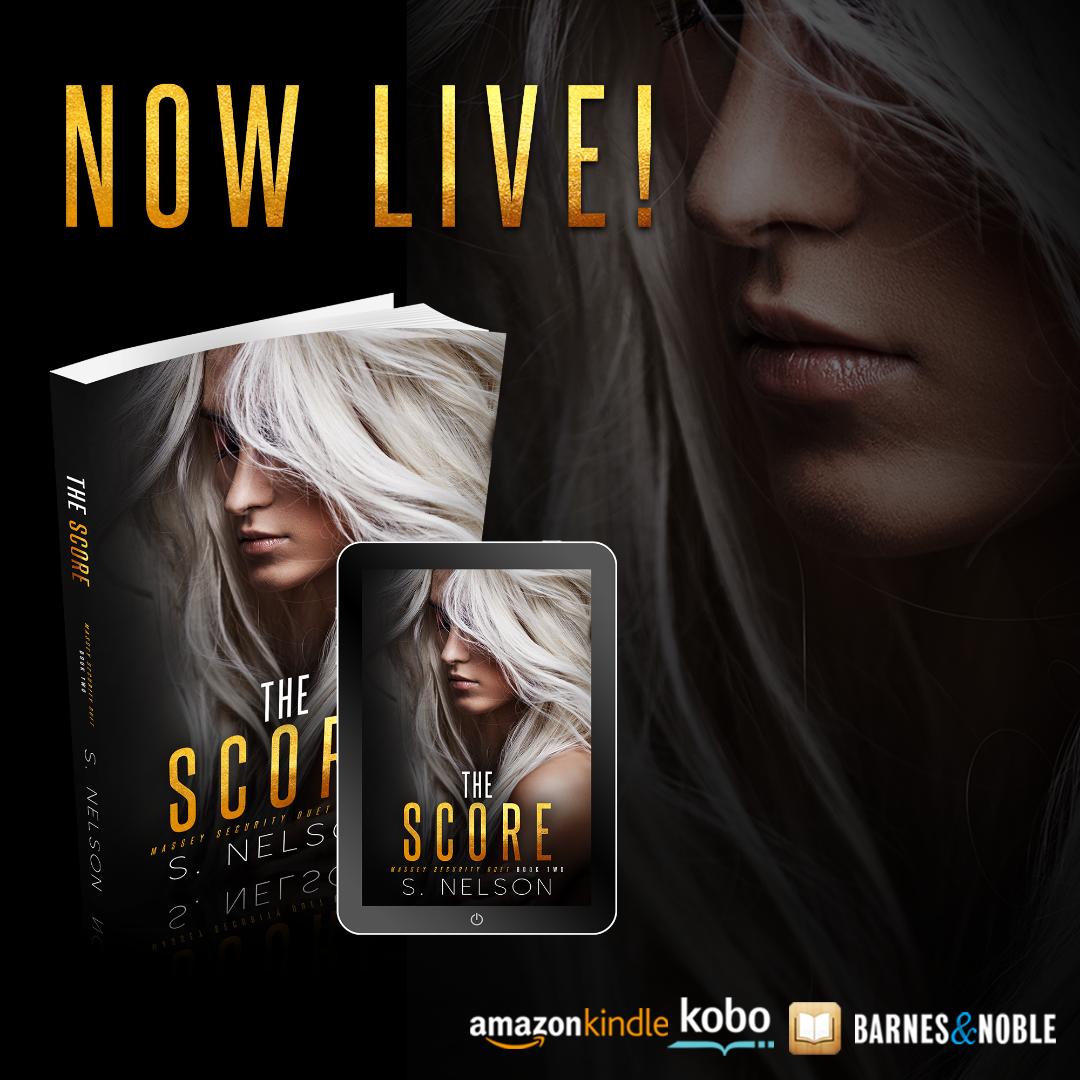 I lived life on my terms, keeping people at a distance for a reason. I rebelled every chance I got, shutting down any sensibilities that remained. But then danger swallowed me whole, and all I wished for was a different life. A life where I listened to the concerns of those who loved me. A life that had meaning. A life where I could follow my dream of becoming a designer. Secrets would be revealed. Lies would be uncovered. But could I see beyond the deception? And could I step away from the past and emerge on the other side intact?

Dang, it took me a few days to wrap my head around this book. The plot has so many twists and turns you can’t help but be consumed. When Cara finally reveals her guarded secret, we get a better understanding of why she acts like a spoiled diva. Her past has haunted her for so long, she doesn’t know any other way to deal with her ghosts. When Ford’s past is revealed even further we understand why he’s hard as stone and is always guarded. In the first book there was a slow burn between Cara and Ford, but in book 2 the flames between these two combust. Two souls that have experienced so much trauma completely understand each other. Although, I was completely blindsided when the person behind the notes is revealed, the mystery leading up to it kept me hooked. Author S. Nelson knows how to write a good romantic suspense for sure!

There was only so much fear and anxiety a person could handle before numbness wielded a protective shield over the human psyche. Unfortunately, dread continued to slice away at every thought I had, pricking every cell in my body until I was left as nothing more than a shell of the woman I often portrayed to the world.
From the moment I’d been taken, I racked my brain trying to figure out who hired my kidnappers. I couldn’t help but wonder if I knew the person pulling the strings? Was it a man or a woman? If provoked, I knew just how ruthless a woman could be in order to get what she wanted. Hell, I’d been that woman a time or two in my life. But if it was indeed a man, had I met him before? Had I slept with him?
I’d made my share of enemies over the years. None I thought would go so far as to send menacing threats to my father, though. And even if they had, I never suspected they’d follow through and abduct me or my sister, Emily.
Or did the circumstance simply boil down to the fact I was just an innocent bystander in the twisted game of revenge?
Innocent. Hmph… it’d be the first time in a long time. The concept was laughable. Although, right then, I couldn’t find a speck of amusement for the predicament I found myself in.
“This couldn’t have gone better.” Purposeful strides brought Ford closer, and even though his hands flexed into tight fists, his expression was relaxed. Cocky, even. The glimmer in his eyes spoke of secrets and revelations.
The two men who had taken me rushed forward and grabbed me, one on each side. The force of their touch wasn’t lethal but strong. I tested their grip by jerking back and then side to side, trying to somehow break free. But it was no use. There was no way I’d be able to get away. Maybe if there was only one of them to contend with, I’d have some sort of hope, but not with the two of them restraining me and Ford standing in my way.
Ford’s gaze drifted to my eyes and then my mouth, and while desire for him had coursed through my veins two hours prior, everything had changed. Being the object of his scrutiny, eyeing me up like I was the top trophy in some fucking game made me bristle with apprehension.
My body trembled when he reached out to run his finger along my collarbone, the corner of his mouth lifting slightly as he toyed with me.
Ford Massey had been hired to protect me from this very same thing. Me being taken. He’d chastised me repeatedly when I’d ditched him in the past, relentless in his warning of how unsafe it was for me to be anywhere without him.
But there he was in front of me.

S. Nelson grew up with a love of reading and a very active imagination, never putting pen to paper, or fingers to keyboard until 2013. Her passion to create was overwhelming and within a few months she’d written her first novel, Stolen Fate. When she isn’t engrossed in creating one of the many stories rattling around inside her head, she loves to read and travel as much as she can. She lives in the Northeast with her husband and two dogs, enjoying the ever changing seasons.